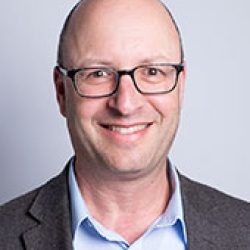 tsasson@mandelfoundation.org
Theodore Sasson is the founding director of the Mandel Institute for Nonprofit Leadership and Director of Programs of the Jack, Joseph and Morton Mandel Foundation. Previously, he taught sociology, international studies and Jewish studies at Middlebury College, where he served as a department chair and rose to the rank of full professor. Concurrently, he led research teams at the Cohen Center for Modern Jewish Studies at Brandeis University where he held the positions of Visiting Research Professor and Senior Research Scientist. Sasson has published widely in the fields of diaspora studies, Israel studies, American Jewish studies, heritage tourism and the sociology of crime and punishment. He is author most recently of review essays on Israeli perspectives on American Jewry, and Israeli perspectives on civil rights, democracy and Arab-Jewish relations; as well as the book, The New American Zionism (NYU Press, 2014), several previous books, and dozens of articles and research monographs. His short pieces have been published by Tablet Magazine, The Forward, Sh’ma Magazine, The Jerusalem Post and other periodicals. Sasson served as chair of the social science division of the Association for Jewish Studies and on the boards of the Association for the Social Scientific Study of Jewry and the Association for Israel Studies. He earned his B.A. at Brandeis University and his Ph.D. in sociology at Boston College.
More 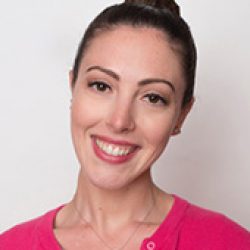 lbrodsky@mandelfoundation.org
Liana Brodsky is the Associate Director of the Mandel Institute for Nonprofit Leadership. Previously she served as the Director of Programs at ShalomLearning, a nonprofit dedicated to providing technology-based Judaics and Hebrew curriculum for Jewish educational institutions. Previously, she was the Teen Program Manager at the Jewish Community Centers of Greater Boston, coordinating the Diller Teen Fellows. Ms. Brodsky volunteers as a Board Member of Yad Chessed, an organization working to support local Jews in financial distress, as well as with Jewish Big Brothers Big Sisters of Greater Boston. She was selected as one of Combined Jewish Philanthropies “Chai in the Hub” winners; the top 18 most influential young Jews in Boston. Ms. Brodsky received her B.S. in Early Childhood Education/Child & Family Studies and her M.Ed. in Early Childhood Education both from Lesley University. Additionally, she received a certificate in Experiential Jewish Education from Yeshiva University.
More 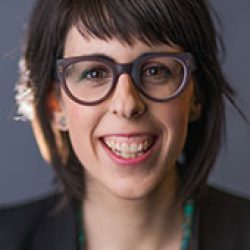 eheinstein@mandelfoundation.org
Eva Heinstein is the Director for the Cultural Leadership Program. Prior to joining the Mandel Foundation, Eva worked at the Harvard Kennedy School’s Center for Public Leadership where she managed partnerships with the Center’s board, alumni, and community organizations. She has developed a range of creative initiatives over the course of her career, such as the Entrepreneurial Musicianship Department at New England Conservatory and Piyut North America, a project that aims to revitalize Jewish musical and spiritual traditions from North Africa and the Middle East. She holds an MPA from Harvard Kennedy School, an MA in Ethnomusicology from The Hebrew University of Jerusalem and a BA in Musicology and Hebrew Literature from New York University.
More 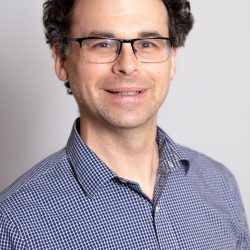 jberkman@mandelfoundation.org
Jethro Berkman is the Director of the Educational Leadership Program and a Program Officer in Jewish Education at the Mandel Institute for Nonprofit Leadership. Before joining the Foundation, Rabbi Berkman worked at Gann Academy for eleven years, most recently as Dean of Jewish Education. He is a graduate of the Reconstructionist Rabbinical College and a member of the Reform movement’s Central Conference of American Rabbis. He also studied at the Yakar Center for Tradition and Creativity, the Harvard Divinity School, the Hebrew University, the Pardes Institute, the Conservative Yeshiva and Machon Schechter. Prior to his studies at RRC, Rabbi Berkman spent three years living in Israel, both studying and working for Seeds of Peace, an organization that helps teenagers from regions of conflict learn peacemaking skills. Rabbi Berkman also worked with children with special needs in the Boston Public Schools and volunteered for the community service program City Year Boston.
More 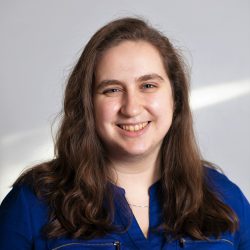 aberkson@mandelfoundation.org
Alyssa Berkson is the Senior Program Associate of the Mandel Institute for Nonprofit Leadership. Ms. Berkson received her BA in Linguistics from Brandeis University in 2019, and is currently pursuing a Social Impact MBA at Boston University’s Questrom School of Business.
More
Contact