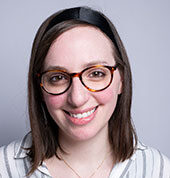 “As the director of a small Jewish Federation, I sometimes wonder how I can learn from the experiences of larger Federations in larger Jewish communities. Working on this case consultation, I saw firsthand how, while the scale and scope may differ, the core underlying principles of community building remain the same. My biggest takeaway from this experience was the importance of transparency and communication. Again and again we heard from stakeholders, board members, staff and partner agencies, how eager they were to work with the new leadership in this community to build something together. Creating the space for others to rise up and take ownership of the vision for the community struck me as the overriding challenge and opportunity in this community and is a lesson that I will certainly take back with me as I develop my vision for leadership in my own community.” 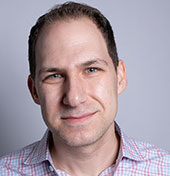 “Participating in a real-life case study enabled us to utilize our learning experiences in a real-world scenario beyond a typical classroom exercise. Interviewing real people and learning about a real community injected life into the process, complete with the emotions, passions and challenges that we all often experience in our own communities. Simultaneously, it was rewarding to know that our feedback provided valuable insights and perspectives for the professional leadership involved in the case study. While every community is different, we learned that none of us are alone in doing the difficult yet important work of collaborating across agencies, providing leadership in challenging situations, and building a better future for our Jewish communities.” 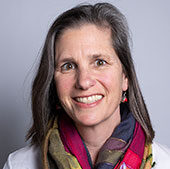 “As I reflect on what I learned during the Jewish Silicon Valley (JSV) case study, one thing stands out to me the most – not only do you need to have a bold vision, you have to be able to articulate it. And, articulating that vision is harder than actually dreaming of it. I think the leadership of JSV knows what they want to achieve and can explain it, but their explanation may be too nuanced. Visions have to be painted in such a way that everyone can see it, can imagine it. Catch phrases and slogans are really effective and keeping it short and simple seems to help as well. And if that doesn’t happen, it is hard to keep people engaged in the process. What we saw in the case study was a community that was incredibly excited about the merging of the two major Jewish institutions in the area. Everyone understood that it would be a positive development for the community, but some struggled to clearly articulate why. The initial excitement will only get a community so far, but articulating a vision that people can grab onto will make it stick and gather more momentum.” 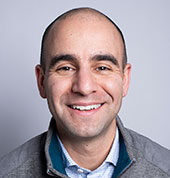 “The case study was an extraordinary opportunity to apply lessons from the Executive Leadership seminar in a real-life setting. I particularly enjoyed working in a small team to conduct interviews with community members and leaders as we gained insights about the community during a time of transition. The case study far exceeded any similar activity I’ve ever experienced. I hope future seminars will include this type of learning modality – it was a meaningful mode of engagement for the fellows, and hopefully beneficial for the community we studied!”

Click here to read more about the case study: